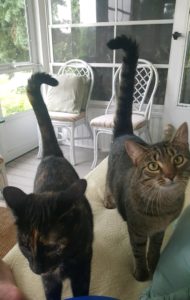 So a number of years ago I started to answer the call to be a practitioner and teacher of Light, Love, and the Universal Truth of the world’s Oneness. The interesting thing about my decision to follow this path is that it was basically an unconscious choice on my part to do so. Actually I was and am “pulled” to follow this course in that somewhere deep inside me I realized it is my passion, my life’s purpose. When this type of “pull” overtakes you, you really have no choice in your course of action but to follow it, because you know it is what you came here to be and do.

The modern spiritual guide, A Course In Miracles, rather frankly states in its “A Manual for Teachers” regarding becoming a teacher, that,

“The question is not whether you will teach, for in that there is no choice.”


A Beacon of Light, Love, and Truth

Even though I may not thoroughly understand that the plan for me to be a beacon of Light, Love, and Truth to my breathren is my given path, still I forge ahead with it. However, as I traverse through my daily comings and goings, the world’s attacks, chaos, judgments, and batterings, physically, mentally, and spiritually, way too often, pull me off course. Even though I am quite resilient, these waves of life that come crashing over me can produce a thick fog that causes me to lose sight of my purpose of being a teacher for God. The devious part of this is that it drags me back into the illusion of separation from the Divine, from All-That-Is – from my Creator. When this happens it’s like going down a slide from the peak to the valley – from the Light to the darkness. In the darkness of the valley, I can feel a primal scream slowly, but surely emerging from the depths of my being because I can no longer see anyway out because there is no light, no hope. This primal scream is literally a scream of terror of hopelessness and despair, and continues to grow louder and louder until it drowns everything else out. Unfortunately I am not the only one on the planet emitting this primal scream of terror and separation. The vast majority of the world’s population is screaming in fear and terror because they are blinded to the Truth of the very real Light and Love that is there for us in every moment throughout all of time.

This world-wide primal scream results in all of the world’s wars, murders, suicides, brutality, racism, and on and on, as we lash out at anything and everything in desperation!

All of this leads to a recent, rather traumatic experience I just recently endured – a very real lesson of a deep, primal cry for Love – and of all things, this lesson came to me from two one year old cats.

A few days ago, a friend of mine mentioned to me that her veterinarian was looking for someone to take in two one year old, brother and sister cats that needed a new home after being fostered by a young woman for most of their one year on the earth. Well I had been contemplating getting a cat again after losing my long time pet cat a number of years ago. I was a bit hesitant to take on two cats, but I could feel the sense of urgency and the need to keep this set of sibling cats together, so I reluctantly said yes.

A couple days later the vet brought the two kitties over to my place, released them from their cages, and zoom, they both immediately went and hid somewhere deep in my closets, and not to be seen by me for many, many hours. That evening I retired to bed and fell asleep pretty quickly with the two unseen cats somewhere in the house – that is until about 3 o’clock in the morning when they both suddenly emerged.

Upon their emergence they began crawling all over my bed and then the meowing began. However, this meowing was not the cute kitten type of meowing, but instead a deep, intense, primal howling that went on and on and on and on. As a matter of fact, except for a few brief respites, this primal, urgent meowing did not stop for the next four days. My life over those next four days descended into chaos and a scant few hours of sleep that I was able to get (thanks to a set of swimming earplugs). Without exaggeration, the only thing I could possibly compare it to would be being locked in a room with an extremely loud fire alarm that was blaring and could not be turned off, and no way for me to leave. Any petting or cajoling by me of these two little creatures had only temporary effect (and I found out throwing a pillow at them only made things worse), as they soon returned to their howling style of meowing with no “on/off” switch to make it stop. Here were these two beautiful little cats who had been torn from their home and everything that they knew and were familiar with for most of their lives, and they only thing they could do was to howl because they were totally stressed and afraid.

As much as I wanted to provide a new home for these little creatures, my sanity was literally going down the drain quickly, as I stumbled through my days like a zombie because of my lack of sleep. In desperation, I called the vet who had given them to me, and asked her to take them back and find them a home where they could live happily ever after. To my deep relief, she came by that morning and packed them up and took them back to her animal clinic. With both feelings of deep relief, and a sense that I had failed not only the kitties, but the people who needed to have them adopted, I vacuumed up any kitty litter left behind, and sat down with a huge sigh of relief as my life started to return to a peaceful state once again.

Once the cats had vacated my home, it wasn’t long until I started to try to figure out just exactly what had transpired in my life over the last few days with these two cats. It was then that I realized that their incessant, urgent meowing was a cry for Love. With my reading and studying the teachings of A Course In Miracles, I suddenly realized that the cats meowing because of their separation from all that they ever knew, was me! I suddenly understood that this visit by these two cats was a teaching-learning scenario for me. These two small animals had come into my life to shake me out of my forgetfulness that I cannot ever be separate from that which created me in His likeness for all eternity. Separation from All-That-Is is impossible, but the beatings that life administers, causes each of us to lose sight and memory of this eternal Truth. This is where that deep primal scream of hopelessness and terror emerges from the depths of our being and relentlessly drowns out the Light. These two cats were my teachers and I was their pupil. Again, the A.C.I.M. states with clarity…

“When pupil and teacher come together, a teaching-learning situation begins. For the teacher is not really the one who does the teaching. God’s Teacher speaks to any two who join together for learning purposes. The relationship is holy because of that purpose, and God has promised to send His Spirit into any holy relationship. In the teaching-learning situation, each one learns that giving and receiving are the same. The demarcations they have drawn between their roles, their minds, their bodies, their needs, their interests, and all the differences they thought separated them from one another, fade and grow dim and disappear. Those who would learn the same course share one interest and one goal. And thus he who was the learner becomes the teacher of God himself, for he has made the one decision that gave a teacher of God to him. He has seen in another person (or cat!) the same interests as his own.”

Whew! I am still tired from the days of intense meowing for love by these two animal-teachers of mine, but I am even more deeply fatigued by my own life-long Call for Love that I have been emitting in some way, shape, or form.

So it is now that, because of my two little feline teachers, my own Call for Love is even now being soothed, and I remember that none of us can ever be separated from our Divine nature of Oneness with our Creator, and with each other. Remembering this Truth, there no longer is a need to call out for Love, because the Love of All-That-Is encompasses each of us – the One of us – for all eternity. I know with certainty, that this is a massive relief and a huge weight off of my shoulders. Now I can focus on my purpose as a Teacher of God in true peace and love.

Karl offers one-on-one Life Coaching from his studio in Columbus Ohio
or Kona, Hawaii by appointment. 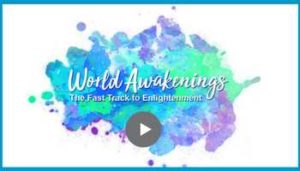 "World Awakenings: The Fast Track to Enlightenment" on iTunes! 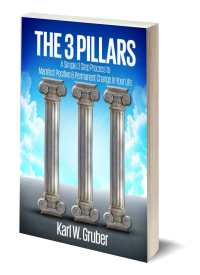 Grab a FREE copy of  The 3 Pillars  A Simple 3 Step Process to Manifest Positive & Permanent Change In Your Life …
Click here ==> Grab a copy today!

People have been asking him for it...
And now it's finally here... 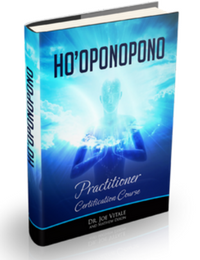 In this course you will discover raw footage of Dr. Joe Vitale and Dr. Hew Len sharing secrets never before released to the public. Click Here for more on Ho'oponopono Certification! 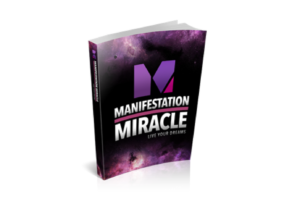 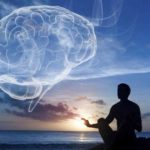 I am a big fan and student of channeled writing and teaching, and there are many of these entities that teach through individuals, here on earth. In case you are not sure what “channeled” work is, it is a non-physical […] 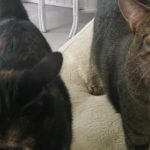 The Call for Love (Meow!)

So a number of years ago I started to answer the call to be a practitioner and teacher of Light, Love, and the Universal Truth of the world’s Oneness. The interesting thing about my decision to follow this path […] 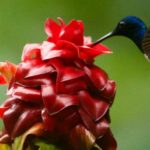 “Legends say that hummingbirds float free of time, carrying our hopes for love, joy and celebration. The hummingbird’s delicate grace reminds us that life is rich, beauty is everywhere, every personal connection has meaning and that laughter is life’s sweetest […]

Interested in seeing what a Life Coaching session based on the Law of Attraction can do for your life?

A Few of My Recent Articles

This article is a very interesting side-by-side comparison of two seemingly at odds, but very much in resonance spiritual teachings the Hawaiian/Polynesian spiritual practice called Ho’oponopono and what I call “right-minded spirituality” which is solidly grounded in the uncompromising, […] 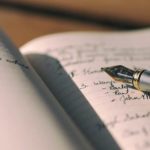 Your Life Is A Book

I believe that everyone’s life merits a book. That’s right, your life is a book waiting to be written and published. The funny thing is that many of us have done some things so crazy, and had things happen to […]

Your Ups And Downs Of Life & How To Always Bounce Back